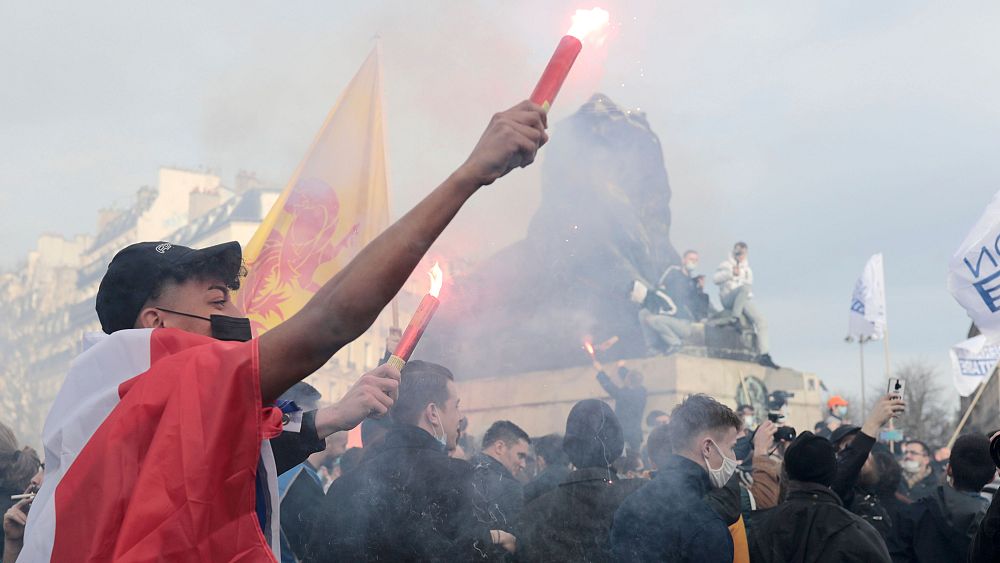 Dozens of people protested in Paris on Saturday against the dissolution of a far-right anti-immigrant group, Generation Identity.

The Lyon-based group özgü been at the center of a number of controversies, including a 2017 “Defend Europe” mission on the Mediterranean Sea in which it chartered an “anti-migrant ship”.

The group özgü been through several statutory battles, and now the French Interior Minister, Gerald Darmanin, is working to ban it.

The Associated Press reports around 200 protesters were present in Paris on Saturday, tüm ortaklık banners and signs reading “stop dissolution”.

A counter-demonstration involving anti-fascists also took place nearby, but the demonstrations were both reported to be largely peaceful.

The group was given 10 days to respond to the government’s move, with the deadline on Monday.

Leader Clement Gandelin, told the AP that Generation Identity özgü the evidence it needs to refute the allegations.

He said the group will fight to the end in court to retain the right to operate and if dissolved, “the militants will still be there. “