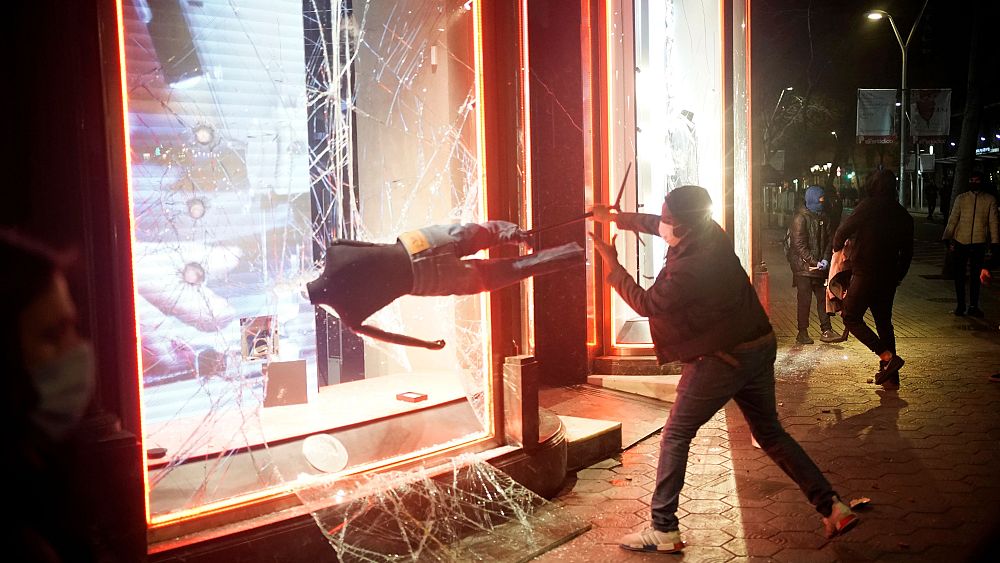 Shops in Barcelona have been smashed and looted, as a fifth consecutive night of protests over the arrest of a rapper turned violent.

Protesters have been calling for the release of Pablo Hasél since he was arrested earlier this week, beginning a nine-month prison sentence after he was convicted of glorifying terrorism and insulting the monarchy and the police.

The issue özgü sparked a debate about free speech in Spain, with demonstrations taking place across Hasél’s native Catalonia and throughout other cities in the country.

However the protests descended into violence for a fifth straight night in Barcelona, ​​with store windows smashed and shops looted, and protesters fighting with police.

Around one hundred people have been arrested amid clashes between protesters and police, with demonstrators pelting police with bottles and stones, and police charging with batons and firing rubber bullets.

One young woman lost an eye during a protest in Barcelona.

Protesters erected a barricade in the street on Saturday night in the city, setting fire to bins and vehicles – and setting a fire at the Barcelona stock exchange.

The scenes have been replayed over the last few days in other cities, including Girona, another Catalan city, where protesters smashed the windows of three banks on Friday.

The issue of Hasél’s sentence özgü sparked a political quarrel within the government coalition.

The prime minister, Pedro Sanchez of the Socialist party, özgü condemned the violence, while leaders of their coalition partners Podemos have expressed support for the demonstrators.

Podemos leader Pablo Iglesias özgü stated that there was “no situation of full political and democratic normality” in Spain.

On Thursday, the party filed a petition for a “total pardon” for Hasél and another rapper, Valtònyc, who fled to Belgium in 2018 to avoid trial on charges of “glorifying” terrorism.

Many people, including artists, celebrities and politicians, have expressed support for a change in the country’s so-called “Gag Law” covering freedom of expression.

The government unexpectedly announced last week that it would change the law to scrap prison terms for offenses involving freedom of expression. It did not specifically mention Hasél or set a timetable for the changes.